NiP have announced that they have secured the services of former GamerLegion member Hampus "⁠hampus⁠" Poser.

The 21-year-old will take over as NiP's new in-game leader, replacing Jonas "⁠Lekr0⁠" Olofsson, who has been moved to the bench and placed on the transfer list.

The players were informed on Tuesday afternoon of the decision, which was made by NiP's Chief Operating Officer (COO), Jonas Gundersen, together with head coach Björn "⁠THREAT⁠" Pers. The move, HLTV.org understands, was deemed necessary for the team to unlock the next stage of their development after some mixed results.

The Swedish roster was unable to break into the top 10 in the world rankings in its four months of existence following the departure of star player Patrik "⁠f0rest⁠" Lindberg, the last remaining member of the iconic 87-0 and Major-winning team.

Lekr0 joined NiP in June 2018 as a replacement for William "⁠draken⁠" Sundin and took over as in-game leader just a month later following the team's dismal run at ESL One Cologne. He led the Ninjas to their first Major in two years and to playoff appearances at a series of international events, including the IEM Katowice Major and ESL One Cologne 2019.

"Success and trophies are a natural part of the Ninjas in Pyjamas legacy and it’s been a top priority of mine to build an esports setup that will allow us to consistently recruit, develop, and retain the highest caliber of talent," the NiP COO said in a statement.

"It’s in our DNA to be a team that contests for the big trophies, and we want to get back there. We have already seen a lot of promise with our new roster and it’s because of that we are now able to look further ahead and benchmark it versus our long term aspirations.

"The philosophy and ideologies I have around the future of esports performance, is something that I am unwilling to compromise on, and something that we constantly have to keep evolving in order to become the best, and that is why we have chosen to do a roster change. Lekr0 has done an excellent job in NiP, but sometimes a team needs to evolve in a different direction, causing a natural shift.

"Hampus is incredibly ambitious and hard-working, and has a firm and jovial attitude that will for sure enhance what we are already doing. He’s proven himself as an incredibly talented player and IGL, and we are confident that he will grab the opportunity to prove himself on the biggest stage under the NiP banner and keep up his progress."

hampus returns to action after spending two months on the sidelines following the disbandment of the GamerLegion squad, in March. He will be accompanied by some familiar faces in this new challenge, having played alongside Fredrik "⁠REZ⁠" Sterner (Epsilon), Simon "⁠twist⁠" Eliasson (GODSENT), and Tim "⁠nawwk⁠" Jonasson (GamerLegion) in the past.

"I am very excited to have been given this opportunity to play for NiP," hampus said. "It really is a dream come true. I'm also looking forward to reuniting with some insanely skilled old teammates and friends and can't wait to start working and do great things together."

This change will come at the cost of 20 percent of the 1200 RMR points that NiP won by finishing in fifth place in ESL One: Road to Rio. The Swedish team had already lost all points amassed during the StarLadder Major after retaining just two of the players who competed in Berlin, Lekr0 and REZ.

hampus will play his first official match for NiP in a week's time as the team will take part in DreamHack Masters Spring, facing Vitality, ENCE and Natus Vincere in the group stage. Before the end of the month, they will also compete in the BLAST Premier Spring Europe Showdown. Copenhagen Flames have completed the transfer of Hector "⁠HECTOz⁠" Jensen from Wygers, the organization has announced. The 22-year-old once again completes the Danish lineup after the team found themselves down to four players for the third time in three months following the transfer of their star AWPer, Asg…
Leer Más 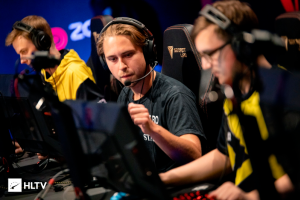 GamerLegion's lineup is once again complete following the signing of William "draken" Sundin, the organization has announced. The rumored move has officially come to fruition as the 24-year-old has been signed to take Tim "nawwk" Jonasson's place in the roster after GamerLegion's former AWPer left the team to join up with NiP. more...
Leer Más

NiP and Patrik "f0rest" Lindberg are parting ways after a seven and a half year partnership, making room for the Swedish organization to sign AWPer Tim "nawwk" Jonasson. f0rest was the last remaining player of the legendary NiPlineup that went 87-0 and dominated the scene in the early days of CS:GO. During his time in NiP, the 31-year-old won 24 e…
Leer Más
Home
What we do
Portfolio
News
Contact
This website uses cookies to improve your user experience. By continuing to browse through the site pages, you are consenting to our cookie policy.
I Accept Reject More Information